This week, I’ve been mostly attending my first ever Speed Awareness Course for the heinous crime of driving my WMD of a Triumph Herald at the eye-watering speed of 35mph on a country lane just outside Oxford. At 11.02am. I concede that I was in the wrong and deserved to be punished, and was happy to furnish the AA Drivetech team with the princely sum of £97.50 to spend four hours of what is left of my life on the second floor of a municipal building in Penge of a Monday evening, learning exactly why I would be little better than Slobodan Milošević if I persisted in my potentially murderous activities on our highways and byways.

You see, what I had failed to grasp is that behind every hedge, every level crossing, every parked car and post box lurks a suicidal child or pensioner, waiting patiently for that life-altering moment when they can leap in front of your vehicle and be claimed by it. Who knew? And yet the onus is on us, hapless harbingers of assassination, to save them from the fate they are so clearly yearning for. What they don’t tell you, when they hand over the keys just after your sixteenth birthday, is that you have unwittingly become another mobile member of Dignitas. In a country that just says no.

I sat next to Mike and Jeff at the back, making snide remarks to each other as John and Roz took to the floor in their corporate purple and yellow regalia. Intuitively, they countered our resistance to the outlandish fees (in relation to pettiness of offence committed) by diluting it into an hilarious joke we could all understand. Then, to lighten the mood, they showed us a digital representation of the 1991 motorway pile-up that claimed 51 vehicles and 10 lives. Because that’s what’s gonna happen to us, miserable sinners, if we fail to rein in our feckless ways.

Next up, a training film. Meant to serve as a deterrent, it showed a Vauxhall Viva ploughing into a cardboard effigy of a young lady (who had the poor fortune to resemble Posh Spice) at various speeds in a disused airfield. Sadly, this had rather the opposite effect:

“Chosen One: Using your skill and judgement, you must annihilate this monstrous minstrel at a minimum speed of 60mph, for which you shall secure yourself a place in the firmament of eternal paradise (with the statutory seventy-two virgins and whatnot). And if you can nail her at 70mph, we’ll throw in a copy of the Highway Code and a can of Fanta from the vending machine.”

So, what did I learn from it? Well, if I’m honest, not a lot. Maybe to paint out my number plates with that special stuff you can get on the Deep Web. Or simply to put my foot down as I approach a school or care home. It’s the least I can do.

Anyone who has ever worked in or visited the churches of Great Britain (probably not a lot of you, granted, but bear with me) will invariably have encountered at some point the sheer horror that lurks above the aisles: The organist. This semi-mythical beast is a honed ecclesiastical sub-species, at once brimming with enthusiasm, verging on the myopic and, like some of our most successful suicide bombers, holding within his/her (but usually his) palms, the potential to spread misery on a scale hitherto uncharted.

Curiously, the church organist’s first rule of thumb appears to be a complete fail at all things organ: Hand/foot coordination tends to suffer brutally, despite the foot keys being the size of railway sleepers and those above separated in hard-contrast black and white. Then there is the issue of the stops. Your average organ has about thirty, all with exotic monikers such as Vox Humana, Flagelot and Clarabella. The end-user must negotiate these, in real time, in order to hit that authentic ‘squirrel in a microwave’ note of celestial purity so often endured by parishioners throughout the land. And then there is the temptation to revise previous errors on the fly, throwing more senior members of the congregation into blind panic as their sung version of ‘Oh God, Our Help In Ages Past’ morphs into Hard House techno. Never before has one man wielded such power over the helpless, bar Caligula.

Cruel, I know. But over the past twelve months I’ve been to three memorial services and worked in several places of worship (No, I’m not a barman. Stop it). And I have suffered, I have so. Usually from the bill. Seeing your grandma/father/whoever sent off to the next life as Sparky attempts to get Grade 1 at your expense is a bit of a slap in the face, make no mistake. But we bury the distain long before we bury our cherished ones and life goes on. Meaning that these satanic Trojan horses live to shite another day. Can you imagine this happening in any other national industry? Let’s say Kwikfit, for arguments sake:

Hi! We’re Kwikfit, the UK’s number one tyre fitting service. Today we’ve got a couple of interns we’re going to let loose on your wheels. Admittedly, they’re not much cop but they need the experience. Just don’t go over 40mph on the by-roads and you’ll be fine. And if you do suffer an M4 blow-out, just remember: We got where we are today by helping the fitters of tomorrow. Because…Oh just because. And we’re a registered charity. Thanks for your custom.

As I said before, I very much doubt this resonates with many of you. But next time you happen to pop your nose into a church and the dulcet pipes are ringing in the only way they know how, spare a thought for those who fix the bloody things for a living. And pack a PPK before you come. 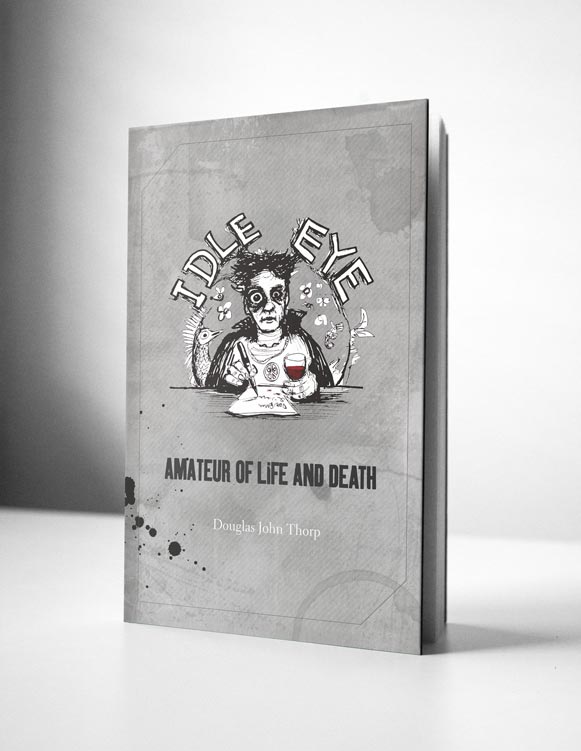